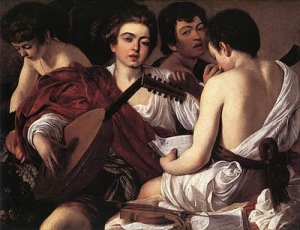 Psychohistory: Childhood and the Emotional Life of Nations
by Lloyd deMause

The purpose of this book is to reveal for the first time how the ultimate cause of all wars and human misery is the parental holocaust of children throughout history–an untold story of how literally billions of innocent, helpless children have been routinely killed, bound, battered, mutilated, raped and tortured and then as adults have inflicted upon others the nightmares they themselves experienced.

Most of what you will read here will be new, upsetting and difficult to believe, despite the extensive historical, anthropological, clinical and neurobiological evidence I will present. But after you read it I think you will be able to understand for the first time why what Kierkegard called “the slaughterbench of history” happened, where we are today in the evolution of humanity and what we can do tomorrow to bring about a peaceful, happier world.

In these pages I hope to accomplish the following ten goals:

(1) to provide a new psychogenic theory of history as an alternative to the sociogenic theories of all other social sciences,

(2) to show that childrearing evolution is an independent cause of historical change, with love as the central force in history, creating new kinds of personalities-new psychoclasses-that then change societies,

(3) to demonstrate that historical progress depends less on military conquests and more on the migration patterns of innovative mothers and “hopeful daughters,”

(4) to show how political, religious and social behavior restage early traumas, even those occurring before birth, recorded in separate areas of our minds called social alters,

(5) to show that social institutions are not just utilitarian but are also designed to be self-destructive, representing shared ways of dealing with emotional problems caused by deep personal anxieties surrounding growth and individuation,

(6) to explain how a new historical tool, fantasy analysis, can objectively discover shared emotions and group-fantasies that occur in lawful stages which determine the sequence of political events,

(7) to show that groups go to war to rid themselves of shared feelings of sinfulness and fears of disintegration, cleansing their feelings by sacrificing victims containing rejected parts of themselves,

(8) to show why we need enemies, why we feel depressed when enemies disappear, and what this has to do with our periodic need for wars and economic crises whose purpose is to reduce our anxieties about success and prosperity,

(9) to show why history is now a race between too slowly improving childrearing and too fast evolving destructive technology, and

(10) to demonstrate that new ways for more advanced parents to help other parents-such as parenting centers with home visiting programs, which have been shown capable of eliminating child abuse-and allow us to avoid global genocide.

The first third of the book is devoted to describing how early personal experiences determine political behavior. It begins with three chapters describing recent American political events-the shooting of two American presidents, the group-fantasies leading up to the Gulf War and the childhood origins of terrorism-in order to show how hidden shared emotions cause political violence.
The second third of the book is devoted to detailing a psychohistorical theory of history, first as it applies to politics, secondly as it explains the causes of war and thirdly as it shows the connections between childhood and the evolution of the psyche and society.The final third of the book is a history of how childhood in the West evolved, era by era, and how better childrearing produced new psychoclasses, who then created new social, religious and political institutions.I have tried to include in this book most of what I have learned about childhood and history during the past four decades. I would welcome hearing from you what you think about what I say here, and I promise you a personal reply to your email or letter.